By Nikki, as told by Liz Grant

Growing up with Belief

My parents tried to instill general Christian morals in me and my brother as we grew up: we said prayers before bedtime, we prayed before dinner, and my dad sang us “Amazing Grace.”

When our first family pet died—a bird named Gracie—I was only five. Apparently, I was devastated over this little bird. And the morning after hearing Gracie had died, my mom found a note under my pillow, asking God to take care of Gracie. I had put it under my pillow just like God was the tooth fairy or something, which just shows that, as a kid, I accepted that God was real; I never questioned it.

I grew up in Boulder. You find a lot of people there who have been seriously hurt by the church in one way or another, and by middle and high school, I had made friends with people who were very, very against organized religion. I started hearing all these stories from people who had been hurt by Christianity. At the time I didn’t understand that those people were being hurt by other people, not necessarily Jesus. So, my response was to shut that part of me down.

Looking back, I realize that I continued seeking faith in my life even during that season. I explored different religions and philosophies as a teenager, getting really into Buddhism in high school. I even read about Hinduism and Wicca! I kept seeking something to fill that gap, but nothing really stuck.

I met my ex-husband at 17, and we started dating when I was 18; he was 25. We started a business together and got married in 2015. From the beginning, our relationship was toxic. He’d already had his life established, and I was this little 18-year-old still figuring life out. I just pieced myself into his life. But he’d always had unhealthy relationships with women and alcohol, and that continued after we were married.

Meanwhile, I tried to change myself to become what he wanted. I was always seeking attention, even from other men, just because I wanted anything I could get. I wanted to make myself worthy of my ex’s attention.

Yet everything that I’d poured my life into—five years of my life—was slipping through my fingers, and I began to struggle with depression. I was so unhappy and ashamed about who I’d become. I couldn’t even keep sleeping pills in the house, just in case I’d want to overdose when I was in a worse state of mind, and I didn’t want that temptation. I just wasn’t myself; I wasn’t who I wanted to be; I wasn’t me anymore. And you can only pretend to be someone else for so long before it starts chipping away at you.

I didn’t have anyone to turn to: my ex and I worked together and I didn’t have any friends, really, because after I left high school, we started dating right away, and I was so focused on him that I didn’t make friends during college. All my friends were his friends. I mean, I had my family, but as things got worse, I just became more alienated from them. I didn’t want to admit that things were bad. So, it was a hard couple of years before we were divorced in 2017.

Ironically, my ex was actually raised Christian, so I first engaged with Christianity again through his parents. Though he wasn’t a Christian anymore (he’d gone way left-field), they were Christians. So my in-laws would talk with me about Christianity. They’d pray for me, and they even gave me my first Bible for Christmas. And I was still seeking something. So, I was like, okay, let’s just learn more about this, even if I’m just reading it as literature (since it’s an incredible work of art). I convinced myself that I should read the Bible.

As I became more open to God, one of my ex’s friends invited my ex to church. And then my ex invited me to go with him and his friend to an Easter service. I said, “Yeah, you know what, I don’t know why, but I want to go.”

But walking in the church that Sunday—it was so terrifying. Oh, god, talk about a black sheep! Where I was in my life, the person I’d become, was such a far-reach from the person I wanted to be. I had made so many moral sacrifices in order to make myself what I thought other people or my ex wanted from me. So, really, I felt that I didn’t belong at that church because of my past. As soon as I walked through the door, I felt like everyone knew that I wasn’t a believer, that I was an outsider, that I wasn’t one of them, and it was absolutely terrifying.

The service that day was mostly a testimony, and it hit so close to home. A man got up in front of everyone and told his story. He had been your typical 70’s hippie: sex, drugs, rock and roll, all of that. He had gone way off the map and eventually became an addict.

Then, when he was at rock bottom, he reached out to his dad and asked him to meet him at a bank to help him get a loan to restart his life. At that point, he was living out of his car, and he looked homeless. The man hadn’t seen his dad in years because his life choices had alienated him from his family. And he remembers the moment when his dad walked in the door and glanced at him with disgust, wondering, “Who is this man, and what is he doing here?” And then his father recognized him and the look on his face changed to one of love, like, “That’s my son, and I’m so happy to see him.” His dad rushed over and hugged him.

The man made the connection to God: that God sees us as his children, and it doesn’t matter where we’re at in life, God wants us with him. Listening to this when I was at the end of my relationship, when I was so ashamed of the person I’d become—his story really hit me.

Then the pastor invited everyone to raise a hand if you were ready to come to Jesus, and I wanted to, but I still felt too scared and embarrassed. I’d spent my whole life fighting what I thought Christianity was because the church had hurt so many people I loved, and I was scared of how my ex would respond to me. But something had shifted inside of me. I felt Jesus’s invitation, as if he had taken my hand and was saying to me, “Hey, it’s time.”

The summer of 2017, after that Easter service, my ex- and I decided to split, and right at the end of our relationship, I actually met someone, a friend of a friend, who goes to Park. And I was able to trust him and open up with him about where I was at with my faith.

I started thinking through all the things that had happened with my friends and learning more about Christianity and about Jesus. I also started praying and reading the Bible. I realized that everything that had happened—all the bad stuff that I’d heard about from friends—that wasn’t Jesus, that wasn’t God. That was people hurting people.

Then, finally, I came to church with my friend of a friend, and that hole that I’d been feeling, that need for faith, that need for God, which I hadn’t even realized I had inside of me, it just it felt right. I felt complete.

That said, I still struggle. The lifestyle I was living before I found Jesus was so against everything that we’re taught as Christians. So, change in my life has been gradual—I have had to make intentional decisions to change because some sins had become so habitual for me.

Sometimes it does feel constricting to follow God. Like, for example, I definitely struggle a lot knowing whether I can even get remarried after being divorced. Would that be considered adultery? I don’t know. But for the most part, following God’s commands has been freeing because it has meant stepping away from who I was before.

Plus, as I learn more about being a Christian and read the Bible and learn more about what God wants, it just makes sense to me. I haven’t felt that Christianity is like, “I have to stop sinning.” Instead, it’s been like, “the more I learn and the closer I come to God, the more natural it is to follow Him.”

I still have feelings of inadequacy—like I don’t deserve God’s love and grace. But the reunion between the former hippie and his father reminds me that God is my father first and foremost, and no matter what I do, no matter what choices I make, no matter who I become, my dad will always love me.

So even when I don’t feel that I belong, even when I feel like I’ve gone too far or that I’ve made too many poor choices, or I just don’t feel worthy, I do belong with Him—we all do. We are God’s sons and daughters. And that’s all that matters. We do belong.

For me, baptism was the next step. The imagery of being washed clean from who you were, that death and rebirth, was something that I tremendously needed to start this new chapter in my life. I needed that closure from my past life—to be reborn into this new life—and I wanted to be fully committed to Jesus.

Still, I needed a push to take the step—that came from a Christian friend of mine from high school. I hadn’t spoken with her since we graduated. As I was making the decision to get baptized, she posted a photo with Jeremiah 29:11 onto social media: “‘For I know the plans I have for you,’ declares the Lord, ‘plans to prosper you and not to harm you, plans to give you hope and a future’.” (NIV). I needed that, so I reached out to her to say thank you. She told me, “It’s so funny that you messaged me—I was thinking of you when I posted that.” If that’s not providential, I don’t know what it is!

God’s plan really is good. It’s weird to say, but this painful path I’ve walked over the past five years is what pushed me toward God. And looking back, would I give that up? Would I change that, but then lose relationship with Jesus? I absolutely wouldn’t. Of course, it’s unfortunate that my marriage and divorce was my path to Jesus, but if that’s what it took, it was worth it.

Jeremiah 29:11 reminds me that it’s okay to let go of control. After five years of trying so desperately to control everything, I could finally say, “This is Your will; Your will be done. Lead me down whatever path You have for me.” I’m where I’m meant to be. 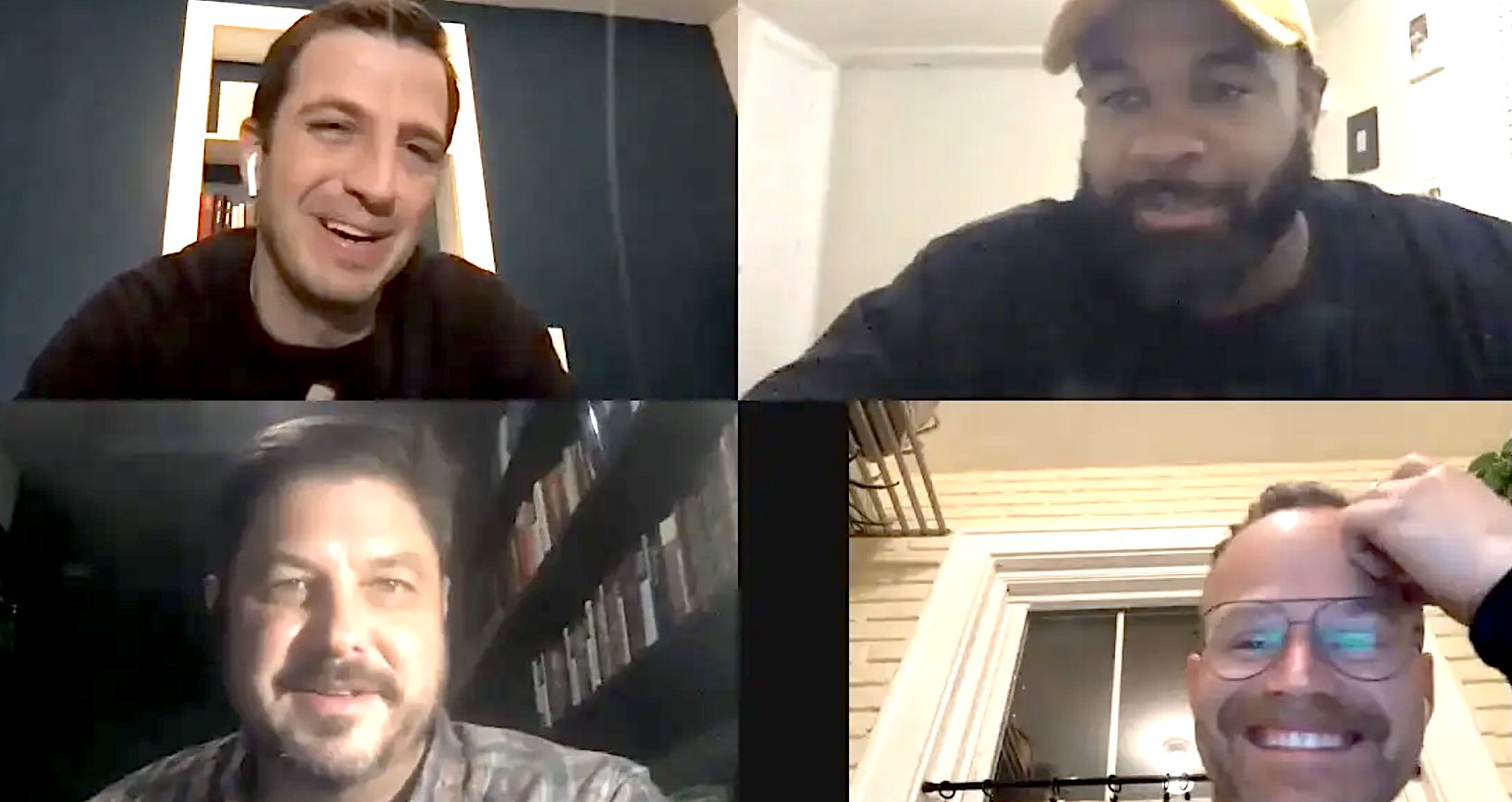